Auchencairn, and Scotland, as it Should Be

Dick Hattaraik and Billy Marshall
are drinking at the bar.
It's blue and carved from a boat
and they are sharing some porky scratchings
smuggled over last night from Holland.
On the bay, the Black Pearl, no Prince,
rocks at anchor, carronades trained
steadily up the Dumfries road.
Outside, in a blaze of grass and yellow vetch,
some of Billy's eighty six children
play with an exciseman's hat,
while the exciseman himself
sits blushing, winding yarn for the daughter
whose beauty like Helen of Troy's
is renowned from coast to coast.
It is June, the start of a brilliant summer,
they are breathing the air of Galloway
and it is rich in love and brandy and revolution.
Boundaries shimmer, shift like haze.
It's mathematically possible, in fact,
for Burns to come in
and put the icing on the cake.
Should I speak?
Tell my tales of a bit of baccy
smuggled in euro lorries,
the angry letters I've written to the Standard,
my hidden fear that in an independent Scotland
my pension might suffer?
Maybe not. 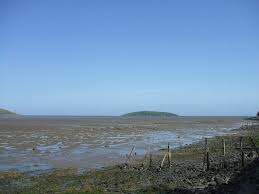 Posted by Hugh McMillan at 5:03 PM No comments: 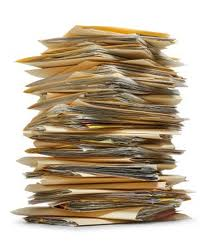 I am pausing for breath soon, off to Alberta to read at the Edmonton Poetry Fest then to Australia in May after the launch of my wee book from Mariscat. I'm about 50,000 words in but have much still to do, though this is the kind of project you could do for the rest of your life. This week I've been talking about camels, Lawrence of Arabia, Bram Stoker and the A75. Why? You'll need to buy the book! Ive designated the end of July as the finish of the project, or at least the handing in of a MS.
Posted by Hugh McMillan at 9:10 AM 1 comment:

Unfairly gain an advantage by underhand methods. For instance you will often hear that England pauchled the 1966 World Cup because not only were they at home, they also contrived to play all their games at Wembley Stadium. Also in the final they were given a goal when any idiot could see the ball did not cross the line. And they scored their final goal when the opposing team were filing off the park. So if you multiply the German score by two (because England were playing West Germany, only half of the country) and subtract the illegal goals, it's clear that if England had not pauchled, they would have lost 4-2.


Thin and cowed, like a dog that has been badly fed and treated. This term is often applied in private to small children you don't like the look of, because it is inpolite to say it out loud. People often say bonny when admiring babies and liken them to their mothers however mawkit these mothers might be but they never say shelpit when they don't like them. People can still be extremely rude, however, when viewing babies as in the old lady who upon surveying a child in a pram was heard to say "what a Bonny baby he's like none o ye". See Nathan for further misunderstandings with newly borns.
Posted by Hugh McMillan at 6:17 PM No comments:

A Conversation about Davie Coulthard in Dalbeattie 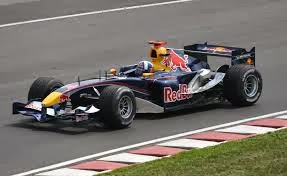 "Davie Coulthard gave us a lift up the road"

"I saw him driving in what's it called, Monaco"

"Never knew he'd been there"

"Oh aye, no just there, Singapore"

"Davie Coulthard the butcher?"
Posted by Hugh McMillan at 11:17 AM 1 comment: 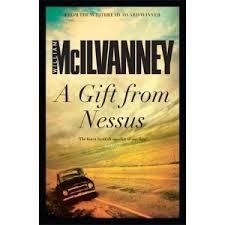 The longer I do this the more I realise that I don't have to go to Dumfries and Galloway but that Dumfries and Galloway comes to me, in all shapes and forms, in day to day reality and dreams. You can't move and function anywhere without some kind of interaction with people and place and where that happens it's sometimes a cause to write. However the process goes beyond that to a kind of magic or at the very least a succession of leading coincidences. Or has this obsession and sleep deprivation finally taken its toll?

Recently I got a parcel of William Macilvanney novels I hadn't read. As I set out yesterday I absent mindedly stuffed one in my bag. I had planned to have a wee search for Dirk Hatterick's cave, on the coast just past Auchenlarie. No car, but juggling with buses, a finely honed art form of which I think I am, by now, one of the world's finest exponents. I had a wee lunch in Gatehouse in the hotel opposite the Bakehouse, then caught the bus. It was a nice day on the coast, if a little overcast, and when I got off I wandered about on the shore. The road was invisible, and there was only silence and the Solway glittering and clouds running wool white overhead. After a while I sat down and for the sheer hell of it gave a loud howl, frightening the family I hadn't spotted that was walking along the shingle kicking a ball for their dog.

Out of embarrassment, I took out the novel, 'A Gift from Nessus', opened it randomly and began to pretend to read. I saw the word 'Dumfries', skipped a few pages, followed the main character, who I later discovered to be a window salesman from Glasgow, on the road south. A few pages later he was in a hotel, 'the Angel' in the middle of Gatehouse. Then, on the foreshore before Creetown "looking through a rock cleft that was open to a bay, where the wind was farming empty acres of dun sky." Of course, at the end of the chapter, he was disturbed by a family "throwing a ball that was being tirelessly retrieved by a dog."

Even if I hadn't just been sold a new set of windows, I would have found this a bit odd. I think I'll invent a new term for all this. Geofantaspsychiatry. There I've done it.

and in his brain,--
Which is as dry as the remainder biscuit
After a voyage,--he hath strange places crammed
With observation, the which he vents
In mangled forms.

And what has that got to do with This book? Well everything really.

Posted by Hugh McMillan at 9:33 AM No comments: