It is Better to Travel Hopefully

When he woke up, his head aching, Brian realised he was not in a taxi or one of the Ford Transit vans usually favoured by the Drumsleet Police. The night before he had been in the pub with his mate, trying to work out a way of beating the bookies, and as usual had drunk too much.
Brian thought he had a copy of this scheme in his top pocket but then realised he didn’t have a top pocket. Besides, it was too dark to read. The windows were blacked out. If there were windows.
The effortless hum of the engine suggested they were really moving . Brian travelled by boozing. You needed to get out of Drumsleet somehow. He just lacked the spine to actually leave. He didn’t seem to have a spine now, in fact, didn’t seem to have a body at all. He was a face and a pair of fluttering white hands.
Betting was another type of escaping, but Brian always chose donkeys.
And cows! In the pub this bloke from the sticks had been talking about aliens mutilating cattle, but had a theory that they weren’t taking things out, but putting things in, to improve the species. This prompted the usual banter about country folk putting things in livestock. What had happened after that? He’d walked by the river, feeling sorry for himself, mourning his lot. A country and western song made flesh.
Thank God he had a sense of humour. Come to think of it, now his hands had vanished, all he could make out was his own laughter. That would be the last thing to go. He smiled, or imagined he did, and hoped that when they put something in him, they’d start with a stronger backbone.
Posted by Hugh McMillan at 11:51 AM 1 comment: 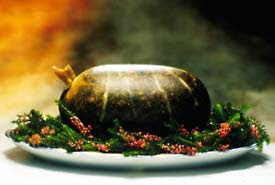 It’s that time again:
erubescent men are boarding planes
to Fiji and Azerbaijan.

They will blow east and west
on airs of malt. The world will be
necklaced by these ambassadors

preaching love of literature
and other stuff they say
they understand, or even claim

their nation has invented,
things like passion and equality,
humanity and pride.

Avoid them if you can.
They come from a country
so stuffed with hypocrisy and cant

it explodes like this once a year.
The rest of the time
these man are sober

rotarians. Unionists. And that apart,
wouldn’t know a poem
if it bit them on the arse.
Posted by Hugh McMillan at 2:46 PM No comments: