Just been told that 'Lochinver', that poem about Jane finding a cache of bank statements I'd buried in the garden - it was in 'Postcards from the Hedge' by the increasingly sexy and famous Roncadora Press -has been selected by Andrew Greig as one of the twenty 'Best Scottish Poems of 2009', to be published in the annual anthology by the Scottish Poetry Library. 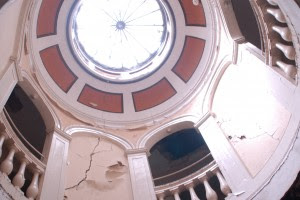 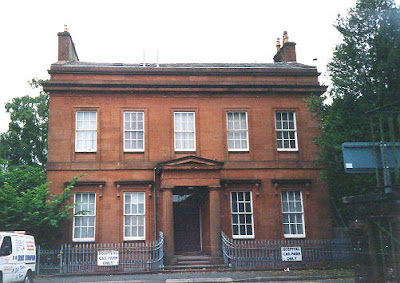 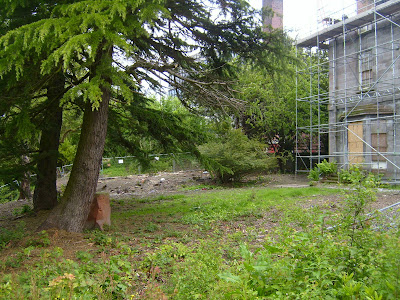 The Moat Brae Garden a short time ago

I gave a talk on JM Barrie on Saturday. Some of you will know that there has been a controversy in Dumfries about Moat Brae House, a beautiful piece of Georgian architecture which had been left in such a parlous state that the local housing association that had lately bought it declared that it had to be demolished. There followed selected outrage, the founding of a trust to buy the property and hopefully restore it to splendour. The literary connection with the building was that in Barrie's time at Dumfries Academy which is next door to the property, he and his mates used to play in the Moat Brae garden, an experience he directly links to the literary origins of Peter Pan. It's a link he stated unambiguously in a speech in 1924:
"When the shades of night began to fall, certain young mathematicians shed their triangles, crept up walls and down trees, and became pirates in a sort of odyssey that long afterwards was to become the play Peter Pan. For our escapades in a certain Dumfries Garden, which is an enchanted land to me, were certainly the genesis of that nefarious work.”
Barrie in fact wrote his first work while at school, a 100,000 word novel called 'A Child of Nature' which he later ripped up. He drew inspiration from the local bookshop where he read Fennimore Cooper, RM Ballantyne, as well as 'penny dreadfuls' , lurid tales of adventure like 'Spring Heeled Jack'. He also got involved in the theatre, attending the local Theatre Royal, and founding a drama club in the school. I think one of the things about Dumfries was it was an exciting literary environment: It wasn't just the Burns legacy; Barrie used to pass Thomas Carlyle, then acclaimed as one of the best literary talents in the world, as the latter visited his sister in Hill House opposite Barrie's home; and the uncle of one of Barrie's best friends, James Anderson, captain of the SS Great Eastern, the largest ship afloat, had just been the subject of a story by Ballantyne.
I was arguing that the Barrie legacy could be commemorated in a more exciting way than just a museum, though that of course could play a part. Since a world class creative imagination was born here- an imagination that encompassed timeless and dark themes that still grip adults and kids alike- I think any reconstruction of Moat Brae should include some kind of living celebration of the young creative instinct- a space for children to play, to write...A Barrie festival, a Barrie writing Fellow...the possibilities are endless.Of course it will take dosh.
As part of my pitch I showed the trustees some pieces of pupils' work inspired by Barrie themes. I reproduce two of them here, with their authors' permission.

On the theme of Neverland:


Recently we’ve been captured
held hostage by snow
away from biros and dull monotony
dressed up as work.

In leggings shirts and scarves
we shirk in Neverland,
white as a flickering screen
a blank page that cries adventure

then reality calls a mutiny
the snow melts,
we’re chased back to life
where we’re all lost children


On the Theme of the Boy who Wouldn’t Grow Up

Forever young, forever free,
a dream come true for only me.
I never tire
no aches or pains
fighting pirates, playing games.
Chasing injuns, firing guns,
living free, no dads or mums
ordering my fate
shouting if I come in late.

At time I tire and only wish
I had someone to do all this,
to care for me or hold my hand
when I lose a friend to a pirate gang.
One true thing that’s always been,
is nothing is as it seems:
forever young, forever free.
that’s the curse that’s laid on me.
Naomi Temple 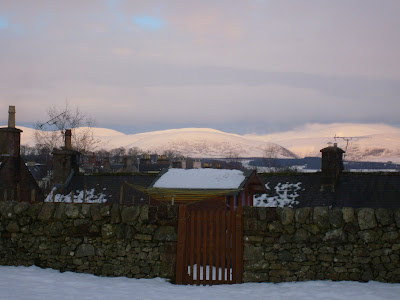 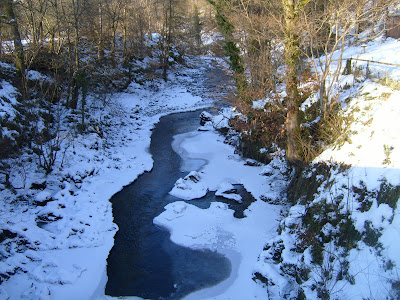 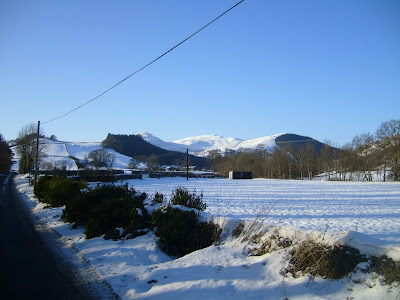 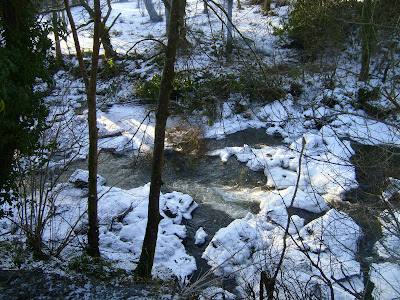 Having bravely battled through the icy wastes to work today I was met by a bedraggled but jubilant knot of weans telling me that the school was shut, so here I am till Friday at least. It is beautiful, though. Happy New Year, by the way.
Posted by Hugh McMillan at 1:31 PM 7 comments: