Christmas and soon the New Year. I've had meetings in the Stewartry, Nithsdale and Wigtownshire with various people and groups. The best is just having a hingin ear as you go through your life though, listening to folk talk. Since I've had my head adjusted to this task, every time I enter into any conversation at all ideas jump out.

I'm going to approach it as an encyclopaedia, same as the McTaggart original, part as an homage, partly because it gives me a chance to indulge flights of fancy, very much like he did. I'm including definitions of words, phrases, idioms, and looking at places, people, themes.

Recent entries I've drafted have been under A: Anthony Hopkins bench; Away with the Fairies, under H: Hollow; Hingin Ee, under F: Feisty; Funerals.

It's not going to be a work of ethnology though it will include what people have said to me. The object is to show how rich I feel Galloway is, it's history and legacy, its people. The object is mostly to entertain. Me. You, also. And maybe those that come after. 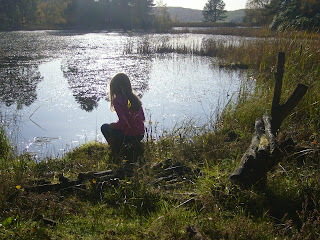 In the 19th century, groups of boys in Galloway would reenact a pageant or play for pennies at Christmas. The play took the form of two knights competing for the hand of a lady.
They lads would argue, fight, then one would throw the other on his back, and take his prize into the moonlight. 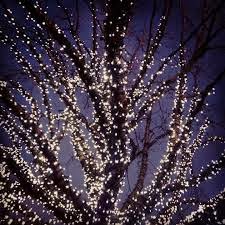 The Boys of Yule, Thornhill December 2013

In a frosty road, the three of them,
cans ablaze like corselets:
the blood red heraldry of Tennents
stark in pub light. It's an old play:
'a pantomime', she sighs,
and walks off before the words
or blows. 'I'm bored',she says,
'and moving on'.
Posted by Hugh McMillan at 8:10 PM No comments:

In the old stories the fairies were a mixed bag. Some worked well with humans, responded well to favours and kindnesses. When the Knight of Myrton Sir Godfrey McCulloch received a visit from the King of the Fairies complaining that a sewer he was having built was causing major subsidence in the fairy kingdom he immediately diverted it. This was a good move because the King of the Fairies turned up at Godfrey’s execution in and spirited him away just before the axe.

However many other sources show the fairies’ dark side, and even that they mirrored human prejudices.  The beautiful fairy girl of Cairnywellan Head near Port Logan, for instance, was a rose complexioned 12 year old who could be seen dancing and singing wildly when fugitives of the Irish rebellion of 1798 were found in the Rhinns and summarily shot or hung by the militia. She disappeared for 50 years but couldn’t contain her glee when the Potato Famine broke out and was soon out in the hills, again, dancing to celebrate the mounting body count.

The story of the fairy boy of Borgue can be found in the records of the Kirk Session there. This boy would disappear for days or weeks on end, saying he had been with his ‘ people’. His grandfather sought help from a priest who banished the fairies. Thereafter the boy was shunned in the community, not because he’s been away with the fairies but because he’d got the help of a catholic.
Trust Galloway to have Scotland's sectarian fairies!

Posted by Hugh McMillan at 4:30 PM No comments:

Theo and the Siller Gun

The Siller Guns of Kirkcudbright and Dumfries were trophies presented by King James V1 of to try and encourage skill and marksmanship using the new technology of musketry, at ‘Wappenshaws’. The idea, as ever,  was to have the locals able to defend themselves properly against the English when they attacked. The Dumfries Siller Gun was presented at a banquet by the King himself to the Trades of Dumfries in , not that it was called that then, on 3rd August 1617.


"And may this day, whate'er befa',
The King's birthday, our Waponshaw
Be hailed wi' joy by great and sma',
And through the land
May , and Law
Gae hand in hand."
From 'The Siller Gun' a poem of 1780 by Dumfries poet John Mayne


The Kirkcudbright gun is a model of an early firearm called a hagbut, and has the date 1587, and the initials T Mc for Thomas MacLellan, Provost of Kirkcudbright. It is the oldest surviving sporting trophy in Britain
.
The Dumfries gun was originally a miniature cannon mounted on a wheeled carriage, but in the early 19th century it was vandalised and remade by the silversmith David Gray  as a flintlock musket.

The Kirkudbright gun was older than the Dumfries one, but the contest for the Siller Gun in is the one still regularly held, annually on or before the town’s Guid Neighbours Celebrations in June. The shoot was held at Kingholm in the old days, but for health and safety reasons moved to the gun club in the old aerodrome at Heathall. Competing either as individuals or as teams, the participants are often from the gun club itself or from various of the cadet forces, or the TA. The competition is intense, and the punch bowl which is awarded these days is a much coveted prize.

In 2004, an ex-Chef well known around Dumfries, let’s call him Theo, having heard some talk of the contest in a pub, decided for a laugh to enter the siller gun with his mate, an ex-cabinet maker. It would be fair to say that the pair at that time had drifted from life’s mainstream and were full-time ageing hippies and  herbalists.  Having signed up when under the influence, and never  fired a gun in his life, Theo sought advice from his drinking cronies, some of whom had past military experience. “Breathe the bullet out” intoned the artist Hugh MacIntyre, mysteriously, “breathe it to the target.”

Having completely disregarded or forgotten any advice, the pair spent the morning of the competition relaxing in their usual fashion then reeled up to shoot, among the last of more than three hundred competitors. “We were like Butch Cassidy and the Sundance Kid” said Theo later,
“……..was blazing away in the booth next door and giggling like a madman, his cartridges kept falling onto my back, burning me”. Later on in the Hole in the Wa, a bemused Theo was sought out by one of the contest officials and told he’d scored ten perfect bulls-eyes, the best pattern since 1932 and had, much to his own and everyone else’s astonishment, romped the siller gun.
Posted by Hugh McMillan at 10:57 AM No comments: