Dumfries and Galloway is rich in history  and myth as geographical corners tend to be. Open to four neighbouring kingdoms how could it be anything else? It was, and continues to be, a refuge and a hub. The history is still being interpreted and re-interpreted- why do a series of hill forts face each other across the River Urr like some dark age 38th Parallel?- and where history fails we fill the gap with fable and tales. Like the last Picts jumping off the Mull of Galloway with the recipe for heather ale, or Merlin stalking about Crossmichael. 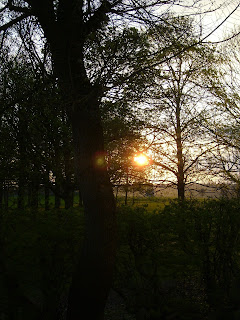 Where people inhabit a landscape for any length of time, they create a landscape of the mind and the language in this landscape is stories. The rich folk tales of Dumfries and Galloway are varied and well recorded in many works which continue to educate and entertain but story telling doesn't stop when we shut the book and people continue to inhabit, and move afresh into, our landscape, greatly changed through history but still one with which we interact and where we seek to make sense of our lives as best and happily as we can.

The Wigtown Book Festival has commissioned a writer to fill the gap and document the modern tales and stories of Dumfries and Galloway and I'm excited to say that writer is me. Over the next 6-9 months I will be meandering through the region rooting out tales and characters of contemporary or near contemporary times. I expect to rediscover some old themes, perhaps in heavy disguise. I've already met an alien abductee, for instance,  but was he really away with the fairies?

Provisionally I'm looking at the following categories: 'Woodsmen', 'Nomads', 'Dykers', 'Weans', 'Drunkards', 'Naturals', 'free Spirits' and 'Strange Encounters'. A 'Natural' was the word given by the great John Mactaggart to describe those ' who move about purely by the dictates of nature...and attract the attention of men by their wild and out-of-the-way eccentricities'. Throughout I hope I will be inspired by Mactaggart and his 'Gallovidian Encyclopedia', a work of staggering individuality and humour which covered the same sort of ground in the 19th Century.

I am looking for stories and tales from the modern era and the language and vocabulary that goes with them. I hope to set up shop for a while in the different parts of the region and make contact with people in a variety of ways. One way would be through this blog. Feel free to leave contact details or e-mail me at steamboatsmcmillan@hotmail.com to set up a meeting or to establish contact. I will be present at the Wigtown Festival which runs from 27th September to the 6th October and will post regularly on this blog.

Literature has become, in a way, the preserve of an elite. Stories are owned and swopped by everyone. Swop some with me.