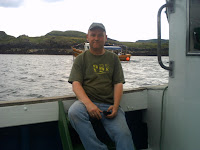 A plug here for Stuart A Paterson, Ayrshire born poet, who in the halcyon days of the 90s was Writer in Residence in Dumfries before emigrating to Manchester and a regular very demanding job. This relocation seemed to have the effect of nobbling his output. Stuart was, and is, a great friend of mine - I declare a partiality there- but the facts about his wrIting speak for themselves.

Stuart before moving south had already established himself as an important talent. He was a Gregory Award winner, a holder of a Scottish Arts Council Bursary, and possibly the most interesting contributor to the very important 'Dream State', Donny O Rourke's anthology of young Scottish writing. He also co-edited with Gerry Cambridge (current editor of the Dark Horse)the influential magazine 'Spectrum' which published all the big names of the time.

When his collection 'Saving Graces' was published by DieHard it seemed just the start to a big publishing career. Events intervened, however. The romantic notion of a Scottish exile is someone whose sense of country or place is of such integral importance that his identity in any other place is incomplete. I have a sense that Stuart's idea of his own poetical identity suffered in the south. He settled, typically, in an area of exile- Levenshulme, the Irish district of Manchester. The poetry seemed to dry up.

I don't want to carry on as if he's dead- he's very much alive and was slevering over the phone to me just the other night- but in a way that was obvious to me, and I suspect to him, part of him seemed to have slipped away. This was more than a shame: Stuart was my idea of a natural poet, not some superannuated bursary grabber or palm warmer, but someone who was more happy scribbling verse on the back of his rail ticket on the way to Oban than at any fancy antholgy launch or reading.

So it is a pleasure to hear that he's putting a new collection together, much of it gritty stuff based on his experience working in childrens' homes down south. He's also showcasing his poetry at:
Stuart A Paterson

Here's a glimpse of this new work:


Outside it's Manchester, as usual,

with you & half a million others sleeping

cold away. In here it's you as well,

on a screen, just your name that's keeping

me from seeing if I can get

to Whalley Range before the light slinks in

and lose my job & scare you half to death.


Six letters on a monitor, that's all

two syllables and you would think that I

recourse to poems or phones or photographs.


Love isn't like that, is it? Love's the time

decreasing, heating to a point

where time is only ever this. A kiss.

It's cold outside in Manchester as usual where

it's you who keeps me here by being there.

http://stuartapaterson.webs.com/
Posted by Hugh McMillan at 10:22 AM 6 comments: 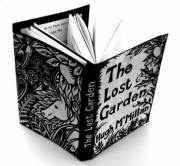 Book's at the printers. Now comes the sewing!
Pre publication offer at:

The Lost Garden: A most beautiful book of poems. Coming Soon 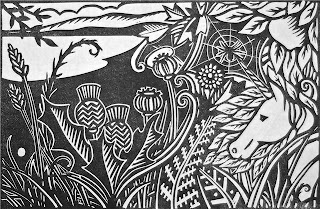 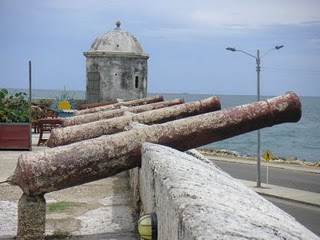 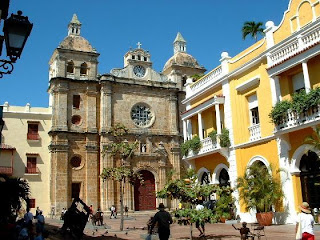 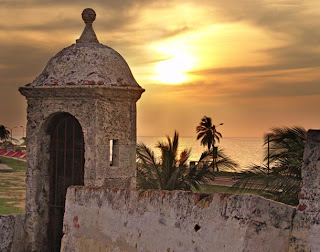 Right, that's it. Had enough. I'm sorry to put it so bluntly but I need to go to this place immediately. It's called Cartaegena des Indias, and it's in Columbia. I'm going to cash in all my shares in Theosyphillis Neill's Thistlemilk Company (loveyourliverlikestevie.com) . I'll get 26p from these and, say, £14 for the next 20 years worth of poetry earnings, so I calculate I still need about £249,885.74 to live there comfortably with my family for the next 20 years. So please start sending me money immediately. I can wait till the end of next week, but that's it OK? Come on now. Hurry up, times wearing on. No excuses. Get your coats on.
Posted by Hugh McMillan at 1:08 PM 13 comments: 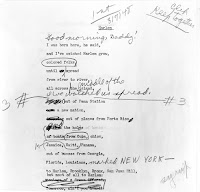 Not very fecund just now, I'm afraid. Just back from a weekend with 78 weans in St Andrews and everytime I look at a computer screen or a blank page all I see is rabbits. I've left Mac the rabbit up against the side of a cave about to be devoured by a zombie and do not have the energy to rescue him just yet. I do think, in order to save myself from another sequel, that the entire cast list should be slaughtered by the last chapter. This is a tactic I adopted once before in the great unpublished novel where all the protaginists fall down a mineshaft in the last chapter.

I was thinking the other day of the exact point when you stop/give up on a piece and decide it's either finished or unfinishable. Is there such a moment? In the answer to another post I was remembering a teacher at my old school who was, I think, a poet of outstanding quality, but who was obsessed with perfection to the extent that he became stuck on a single poem for years and ultimately stopped writing because that degree of perfection eluded him. When do you call a stop? Or do you?
Posted by Hugh McMillan at 12:07 PM 9 comments: