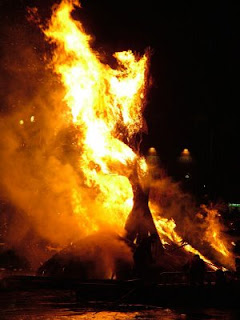 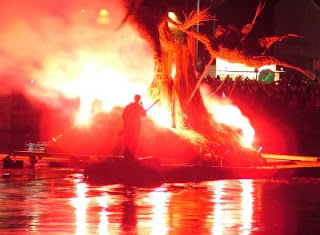 Two excellent photographs of the burning of the fire sculpture, both kindly gifted by Kim Ayres. They appear in his blog kimayres.blogspot.com. For some reason I can't get my link thingie to work, so if you want to view another excellent local blog you'll need to type the name in. Thanks Kim.
Posted by Hugh McMillan at 10:16 AM 6 comments: 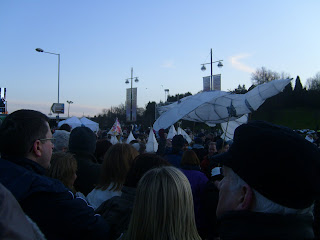 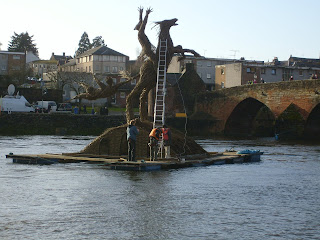 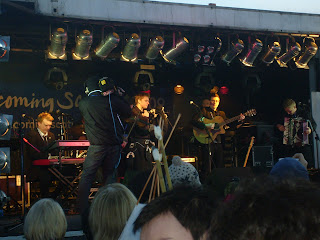 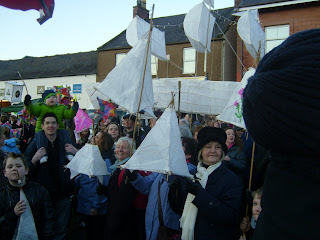 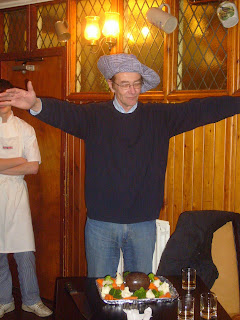 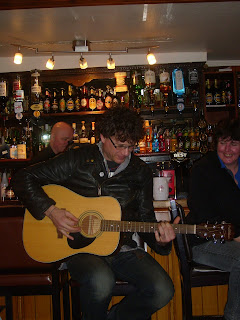 A rumbustuous day yesterday as 15,000 people came out onto the streets of Dumfries to celebrate Robert Burns' birthday with lantern processions, bands, speeches and the burning of a fire sculpture on the Nith in front of Devorgilla Bridge. A good day for the town, all in all. Missed the burning because we had to get back to Penpont for a Burns evening in the pub. Stuart Paterson was present all day and read in the pub at night. A decent commemoration of the great man, I think.
Posted by Hugh McMillan at 10:33 AM 7 comments:

The Coach and Horses 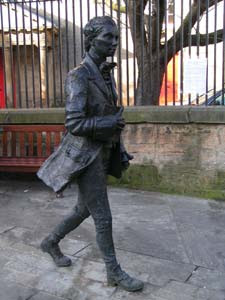 The Coach and Horses pub in Dumfries was probably founded about 1590. As the pub is just round the corner from the house in the Stinking Vennel (Bank St, now) where Burns first lived, the place was often frequented by the ubiquitous bard but it has even older poetic connections. In 1773, Burns own literary hero, Robert Fergusson, walked to Dumfries from Edinburgh (72 miles) to drink in the Coach with his friends. Fergusson's 'Poems'had been published in Edinburgh earlier that year and were a major influence on the style and subject matter of Burns' own work. The next year Fergusson fell down a flight of stairs while drunk, incurring some kind of serious brain injury. He died in a madhouse in Edinburgh soon afterwards aged only 24. Burns was instrumental in having a headstone erected in Canongate Churchyard over Fergusson's grave. Recently the statue you can see above was put up outside the gates of the churchyard.

Waiting for the Poet
(The Coach and Horses Dumfries, Jan 2009)

Outside, trees stream like hair
and the little streets shiver,
lean towards the vicious tear
of rain and slap of river.
Through the bellying glass,
people stop, trapped in light,
then birl gape-mouthed past,
like ghosts drowned in night.
When drinking here, you eschewed
winter but feared transience more,
though it was winter killed you,
and your name’s outside the door.
Weather’s wild but words survive,
to lift the chill from those alive.
Posted by Hugh McMillan at 10:25 AM 3 comments: 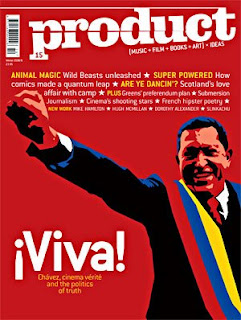 In case you come across this lively and contemporary magazine, there's a two page profile on me in it, based on the gig the brilliant Rachel Fox arranged in the Forest Bar at the end of last year. It's shameless to blow my own trumpet but it's the first such article - as opposed to reviews- anyone's ever done so I absolve myself.
Posted by Hugh McMillan at 12:41 PM 11 comments:

The Poet as a Sociopath

I was recently described as a sociopath, on account of the fact I did not care to brave 30 miles on a leaky old sodium lit bus during a torrential rain storm in order to attend the launch of a new anthology of poetry. It takes a lot these days to tease me out of my rural idyll, where the hills slope mellifluously and the last bus leaves at 5.00pm, and even the prospect of free red wine and haggis canapes cannot always do the trick. I have not yet aspired to the anti-social vagaries of Patrick Kavanagh (see below) who used to walk along the street swearing under his breath while kicking out savagely at invisible enemies, and who, when approached by friends and fellow writers, would say "Can you lend me a quid? No? Fuck off then", but I can see a natural progression.

Sometimes the prospect of attending another poetry reading seems only marginally more enticing than having your head caught in railings or pressed vigorously in a vice. This is not to say that I have not been to some fantastic poetry readings, and that some poets are not scintillating and likeable people. I'm sure it's just old age and the fact that I no longer drink as much, but then again shouldn't antipathy, envy and downright dislike be the natural state of being between fellow scriveners? After all are we not all scrabbling at the same crust? I am inspired to turn on one of my fellow makars in Drumsleet and call him, as Horace Walpole did Samuel Johnson, "a babbling old woman" , or write as Norman Mailer did to William Styron, and invite him to a fight "in which I expect to stomp out of you a fat amount of your yellow and treacherous shit.” 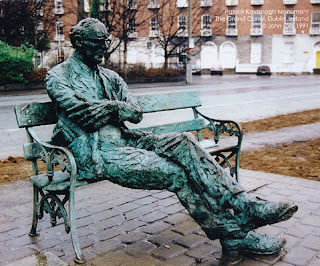 Strange to say I am attracted to poets’ lives rather than their work. This is because I am a shallow fellow. My reviewing career was short but splendid – in Northlight magazine, anyone remember it?-and I am glad, because apart from giving my paltry tuppence worth to friends whose work I come across, I do not actually enjoy reading much poetry. There are exceptions, of course, but I often wonder if I am missing anything by this general neglect. I am very easily confused these days and last year’s TS Elliot Shortlist just about finished me off.

Nevertheless I have my favourites and I am going to inflict some of these upon you now and then. The first is Patrick Kavanagh, who, I lately discovered, is also Russell Crowe’s favourite poet. This is only one of many things that Russell Crowe and I have in common.

Kavanagh was born of country stock in Ireland and lived in London and Dublin. His work reflected the realities of life in rural Ireland and often fell foul of libel and censorship laws. His life was colourful, his output patchy, but after legal and health problems in the 1950s (he lost a libel case against a Dublin paper which had profiled him as an alcoholic sponger, then had a lung removed) his poetry went through a renaissance and he wrote many beautiful shorter lyrics, some on a favourite seat near the Grand Canal in Dublin, where his statue still commemorates him. He died aged 63, a bad age for poets, same age as Philip Larkin.

O commemorate me where there is water,
Canal water, preferably, so stilly
Greeny at the heart of summer. Brother
Commemorate me thus beautifully
Where by a lock niagarously roars
The falls for those who sit in the tremendous silence
Of mid-July. No one will speak in prose
Who finds his way to these Parnassian islands.
A swan goes by head low with many apologies,
Fantastic light looks through the eyes of bridges -
And look! a barge comes bringing from Athy
And other far-flung towns mythologies.
O commemorate me with no hero-courageous
Tomb - just a canal-bank seat for the passer-by.

Well my dears, gather round while I poke the fire and gulp down another glass of vintage port. The cat's ill, the christmas tree is listing, but it has been an excellent festive season here in Penpont, embarrasingly quiet by some previous measures, though we did establish the precedence of an annual Poets' Night out in Dumfries (we met in the 17th Century Coach and Horses in Dumfries, a pub occasionally frequented by Burns and, before him, Fergusson). Apart from that and my neice's wedding party in Glasgow (she got married in Mauritius), we have spent most of the time working our way through a tumulus of books and walking in the mist and frost. During my time off I was supposed to be writing a course on Mary Queen of Scots for my work but haven't done a syllable. Never mind.

2008? A good year I think. A lucky year. And a good blogging year. I even got to meet some of you for the first time, notably La Fox, Colin and Rob MacKenzie. When I first started this blogging mularcky I thought it was a bit of a solitary thing like a diary. I still do, but it's a diary with rich and talented eavesdroppers, all welcome.

2009? I want my family to go from strength to strength. I want to see more of the elusive AndyMac. I would like Shug Bryden and I to do my Scottish poems for the Summer and then get someone to agree to collect the poems I've done since Strange Bimbo. I would LIKE to get beyond Chapter Three of my Novel on the Mull of Galloway.
I NEED ABSOLUTELY Scotland to qualify for the World Cup.
Posted by Hugh McMillan at 9:27 PM 5 comments: