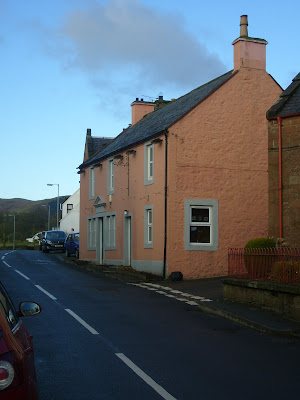 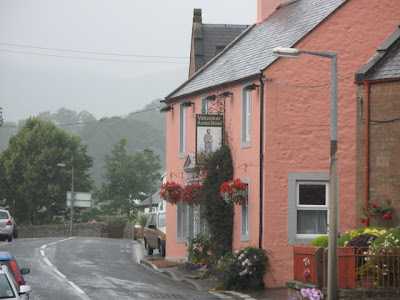 “Few things are more pleasant than a village graced with a good church, a good priest and a good pub.”

By such definitions Penpont is now a poorer place. I have been told that the Leasks who own the village pub, the Volunteer Arms, have written to the village council informing it that they now do not intend to re-open the Volunteer Arms. Indeed, the pub sign has been taken down and the optimistic notice implying reopening after alterations has been replaced by a bolder one simply stating 'Closed for Business'.

The Volunteer Arms has been trading in Penpont for many hundreds of years and has always played a vital part in the life of the community. I would have made few friendships in the village if it wasn't for the pub and I am sad for others who might come to the village and not have this opportunity.

I have little idea what reasoning has led the Leasks to abandon previous commitments and promises made in print and person to reopen the pub. There are many stories of incidents, accusations and counter-accusations, but I cannot speak as to the truth of any of them. I think it would be safe to say that the Leasks' stewardship has witnessed many dramas but, more importantly, a steady leakage of support in the village. In a sense what has happened is a logical conclusion to what has gone before: the pub, it seems to me, has been closing for a long time. Perhaps the owners who are, after all, property developers with no extended experience in the hospitality trade, made a poor decision taking on the running of a village pub. I would hope they might find a buyer for it, so that it might be reopened.

In the meantime speculation is rife. The latest rumour to reach my ears is that the Vollie is to be sold to a family from Glasgow and converted to an Indian Restaurant. It's probably not true, but it would be an improvement on the current situation.
Posted by Hugh McMillan at 10:13 AM 9 comments: