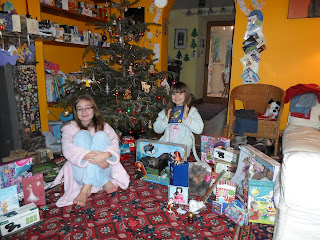 Happy Christmas to all. Here are the weans this morning, surrounded by horses. Hope everyone has a good holiday and a warm time with friends and family.

Anyone wanting to listen to my Chrissie poem from last Sunday's Poetry Please its on I-player till 30th December.

The poem is from Aphrodie's Anorak which is avialable on the sidebar on the right if you've no got one!


Two months: Sorry folks, if any folks are still out there!  Too much work, and too much reliance on Facebook. Nearly Christmas, and it has been a long and weary few months. Hoping to give up my work before too long. 34 years last October since I started. I'm still writing like stink and a few things are happening. I'm on Poetry Please on Radio 4 on 22nd December and I am, most excitingly, writing a libretto for an opera due to be performed in Edinburgh in August. Jekyll and Hyde, I'm both! 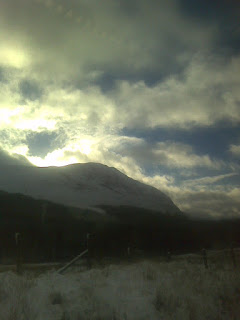 Was up north last weekend, lovely. Here's a photo and a recent poem.


Drod (n) Dull indefinable feeling of being involved in a scene that prefigures one’s own death, as in ‘This morning my father woke to a peculiar sense of Drod’


Fister (verb) To creep sickeningly slowly, like an injured beast, or a disease, as in ‘Uncle Ansel is fistering down the road again’


Dwank (adj) (archaic) Black, sodden, wet, often in relation to a carcass, as in ‘Last night I found a dwank horse’s head under the duvet’.


Crombled (adj) Crippled, hunched, incapacitated as if by great age or boredom


Flack (verb) To become too weak to move while simultaneously exasperated