Crossmichael and New Galloway in the last two days. The Mickle is an old place, no less than 16 different ancient sites, forts and stone circles, are scattered round about. It looks old, too. The Church tower is 17th century but the site is more ancient than that. The village was rain swept and deserted. Like all these communities- I know, I live in one- they flare episodically into life but not that afternoon.

Sir Robert Gordon who donated the bell in the Church Tower in the 1620s was one of the very first to obtain a charter to establish a colony of emigrants in Nova Scotia and thus begin Scotland's most consistently successful export to date, its own people. He and his son called the colony Galloway.

There wasn't a soul in the Thistle Inn, until a couple from Blackpool arrived with their soulful spaniel. The last time I was in Crossmichael I was at the makar Willie Neill's funeral. Willie lived in a house adjoining the pub then later at another at the entrance to the village. He wrote in all the languages of Scotland, and was a terrific poet who, while not neglected in Scotland, didn't get accorded the status he deserved, the status he would probably have been given if he'd lived and worked elswhere.

Later at New Galloway, two buses missed and in the pitch dark, the Cross Keys Inn was packed, but everyone was from Cirencester apart from Oscar the dog, who owns his own book and piano and is from London. It was a very big shooting party. Someone made the usual joke about hunting peasants. As they chattered. a weather beaten and worldly old man was scooping their fifty pound notes into a huge wad and I was reminded of Wille;s poem, The Marksman'.


I never saw him waste a single shot.
He wouldn’t fire unless he knew a kill,
Marksmanship guaranteed to fill the pot.
In memory I see him standing still
over the autumn moor. The swollen bags
of bowed-and-scraped-to gentry on a shoot,
wounding or blowing driven game to rags
or wasting cartridges without a hit
he sneered at, although sometimes paid to beat
their fostered game-birds on an autumn day.
‘There goes some glutton’s annual treat….
and mostly killed by accident,’ he’d say.
Posted by Hugh McMillan at 3:39 PM 1 comment:

There are always rumours about celebrities having secret hideaways in Dumfries and Galloway. You'll be on one of these wee buses that circle the region relentlessly and some auld heid will jerk a nicotined thumb in the direction of a farm track and say something like 'yon Claudia Schiffer lives doon there'. It's a type of wishful thinking, I suppose, as well as a kind of pride in our insular and highly remote landscape, as though folk with all the world to choose from couldn't see past sitting in the drizzle at the top of Auchengibbert Hill when they weren't partying in Monte Carlo or Cannes. Maybe it's a folk memory of past glories, as well. After all when the area was a frontier, strategically important for centuries saints, sinners and soldiers did indeed stride the hills and glens. Everybody who was anybody from Agricola to Walter Scott.

Of course some A listers do live here. Joanna Lumley has a house in Tynron, Alex Kapranos does yoga in Moniaive, but then he's Scottish so that maybe doesn't count. And for everyone who does or has lived here there are plenty who have visited and hated the place. Didn't Britt Ekland, while filming The Wickerman, describe Newton Stewart as "the most dismal place in creation... one of the bleakest places I've been to in my life. Gloom and misery oozed out of the furniture."? Scarlett Johansson's feelings about being filmed in the moors round Wanlockhead in the middle of November pretending to be an alien harvesting hitchikers body parts are not recorded, but might be imagined.

Nevertheless some parts of the region attract fleeting visits from famous actors. One bench in particular in Douglas Hall near Sandyhills seems to be a magnet. A local was sitting on it when Brian Cox came ashore to join him on a break from filming 'Master of Ballantrae'. Another man spotted Anthony Hopkins sitting on it, while holidaying in the area. Since then it's become known as the Anthony Hopkins bench and is a celebrity in itself.

Dumfries and Galloway and Drink

I'm not claiming that in Dumfries and Galloway there are more drunks than in any other part of Scotland because in truth we are a nation that likes it's drink and our region just forms part of the great liquid heritage that is Scotland's history. However, as befits a frontier area,  we've done more than our bit. After all wasn't it at the Mull of Galloway that the last Pict with the secret of heather ale jumped into the sea rather than give the secret to the Romans? And what resulted from that? Drinking heather ale the Roman Legions would surely have been able to gub the Goths and the Vandals and all these other tribes over the Danube and perhaps we would all still be Romans, eating quail and rubbing our chins with pumice stones. Would that be good? Let me have another pint and think about it.

Carting booze around the region especially without paying duty was a popular and life threatening pastime for many years, and the proliferation of unlicensed drinking establishments gave a ready market. When Burns was an exciseman he visited Penpont which now doesn't even have a single pub but then had 9. He was beaten up for his snooping, quite rightly. In 1716 there were no less than 91 brewers in Dumfries. An early 19th century street plan of Dumfries shows more than 30 pubs or premises selling booze in Queensberry St alone.

Though the number of pubs declined the regions love affair with alcohol continued. Even after the Defence of the Realm Act in 1915 when pub opening hours were restricted to stop munitions workers falling steaming in the cordite, folk found a way round it. England's more relaxed licensing laws, at least until the 1970s, meant that people in some parts of the region were well placed to slip across the border for that vital last half hour's boozing. And not in small numbers. The Gretna munitionettes, there in huge numbers to save the nation during World War One, took to the train to Carlisle for a drink on a Friday or Saturday night. Trouble was the train arrived 5 minutes before closing time.  Sometimes the  train drivers were bribed to leave early but the barmen of Bousted's Bar in Carlisle knew to start    pouring and lining up a thousand whiskies on the bar before all these thirsty women arrived.

Others were prepared to risk their lives. After the giant Solway viaduct was shut to rail traffic, a guardhouse and gates had to be constructed to stop folk running the mile and a half across the Firth to more liberal drinking hours. People dying for a drink.

Although the pubs are fewer the thirst remains. Of course alcohol abuse is a terrible curse and drain on the NHS but human beings and drink are involved in a historical romance which continues to this day. Last night in Thornhill we were drinking our way through some of the gantry in the historic Farmers Arms, and swapping some drinking anecdotes but most were either litigious or not very savoury. 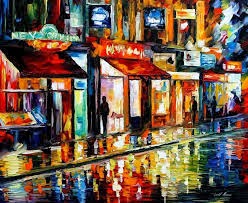 My favourite story involves a visitor to Dumfries who was staying at the house of a resident and who set off on his own one October evening to explore. The next morning when he surfaced he told a story of the pub he ended the night in. He couldn't recall the name he said but there was a horse on the sign, there was a folk band, a beautiful girl, a roaring fire and he'd won £30 worth of tokens all of which he'd spent on drink and his new friend. He couldn't wait to go back and meet her. Of course, he couldn't find it because no such pub existed. Was it drink conflating three separate pubs together? Or was it a supernatural experience? Or was he just raving drunk? The friend and resident, from whom I gathered this tale, said he had persisted stubbornly in this delusion, even sending in an envelope a small silver fruit machine token he'd found at the bottom of his pocket. Needless to say it didn't fit any of the fruit machines his friend could find in the town.

I want to look at the beats: nomads, travellers and vagrants. In 1597 the Act for the Repression of Vagrancy defined these people as:

Galloway was one of the great centres for tinkers or travelling people. Billy Marshall for instance, born in 1672 and died at the supposed age of 120 sometime near 1792. Billy claimed to be the King of the Gypsies in Galloway, and was:

He led a band of gypsies or 'randies' but also was an early radical at the time of the levellers. With his military training and expertise he was able to organise the country people and demolish the tyrannical dykes the landowners were building to parcel up the land.

The coming of the workhouses in the 19th century with their special blocks for vagrants led to a decline in the numbers and easier communications meant a fall in the number of folk on the roads selling and trading though salesmen like the Petitjeans or Onion Johnnies were a common sight for close to a century from the 1860s. One, a M Quemener,  is still working in the eastern borders but none as far as I know still trade in Dumfries and Galloway.
Small numbers of travellers still can be seen in Dumfries and Galloway which has 2 permanent facilities for travellers in Glenluce and in Collin, though the numbers using these are extremely small.

Where's the modern equivalent of the wandering scholars, jugglers and fortune tellers? Are they dark sky watching or practising reiki therapy from rustic cottages in Moniaive or New Galloway or Wanlockhead? Do they just come out for Knockengorroch or the Wickerman then go home? Or are there any still on the road living out of a backpack?

I was talking to some auld heids the other night and they talked of another type of nomad. Thanks  to free travel concessions there are wee old men and women just jumping on buses and criss crossing the region, the nation, just for the hell of it. Must invent a name for them.

Word of the day- Pruch. To filter through for things of value.